Have you ever talked to a nun? Spare me your thwacked-with-ruler stories from Catholic schoolrooms of yesteryear. No, what I’m asking is if, as an adult, you’ve had any sort of meaningful interaction with a woman in a habit. It’s not commonplace, since their numbers are dwindling, and while we’re busy checking Twitter and making our own seltzer, they’re squirreled away feeding the poor and praying for us. However, if you had ever, say, shared a moment with a nun, I think you’d be unlikely to post something like this.

Put your personal beliefs in your back pocket for a second. Toss out your partisan reactions (for good, because they’re bullying propaganda and you’re better than that). Understand that most thoughtful people think a woman’s use of contraceptive drugs, abortifacients, and essentially all things concerning her baby-making innards is between her, her doctor, and (for some) her God. Lord, how I wish this was never made a political issue, and left to the good sense of our well-trained doctors and the informed women they have the privilege to treat. I’m also not thrilled with how it’s been hijacked as a moral issue, because, well, I don’t think anyone deserves that sort of judgment apart from her Maker. And though not entirely relevant to this collection of paragraphs, these choices need to remain available to all women, because political people have no medical chops and should never be given this sort of power over our baby-making innards.

And now that you know where this writer (and many good, non-Catholics) stand on things related to women and their attendant bells and whistles, and that this discussion isn’t to shout at you about right and wrong, then let’s go back to those sweet ladies in the convent, those Brides of Jesus, the women devoted to their Faith and service in a manner that should garner your respect, if not floor you with awe. Certainly, if you had spent an afternoon with a nun, you couldn’t possibly think something like this—much less post it on Facebook:

“This is a frivolous damn suit and the sooner they are smacked upside the head by Sotomayor, the better and cheaper for all of us! How ridiculously stupid this suit is and a giant waste of time!!!! The lawyers for these pathetically ignorant people should be run into one of those old Colorado mineshafts…”

And that was one of the calmer comments on Rachel Maddow’s site. These “pathetically ignorant people” are our society’s defenders of Faith. Their complete dismissal as Republican pawns pains me physically. These are nuns, who apart from some ancient ruler-thwacking stories of old, are kind-hearted ladies committed to a life of prayer and good deeds. Let’s give them a moment, shall we?

Imagine your most deeply held belief: that all humans should have enough to eat, or that we must be responsible custodians of the planet, or that all children deserve protection. Whatever unshakable right you imagined, whatever I-will-stand-up-to-Goliath issue has you sandwich boarding all over town, or just quietly championing in your thoughts, then imagine the passion a nun would bring to the cause. Nuns devote their entire lives to these issues… and lately their most public concern is the protection of all children. Inconveniently, they include potential babies in that category. Please allow them this deeply held philosophical and religious belief. And instead of making arguments against them—just for one moment– aim for understanding.

What if you believed this to your very core: that small clusters of potential-people cells were sentient, God-given gifts of Life, sacred and defenseless? Try it on for a second. If you cannot entertain this notion for even the slimmest moment, then click back over to Rachel Maddow and join the fray. But if you could place yourself in those gum-soled shoes for a second, then imagine if you could then take a pen to paper and potentially sign away The Life of a Child, no matter how indirectly. Would it matter one little smidge that the form is… short? They are championing the weakest amongst us in the name of God. It’s their job, their calling, their conviction, their passion. They are unable to back down because they cannot endorse death. That’s how it feels to them.

Are they right? Wrong? Are they “ridiculously stupid” political creatures out to undermine access to health care for the very underprivileged people they devote their lives to help? I was so relieved when Justice Sotomayor called for a breather on this. We are Americans. We do not ask Americans to abandon consistently held religious beliefs, or even require that they skirt around them with semantics. Certainly we can figure out how to provide these drugs and services without involving conscientiously opposing Americans. Maybe we could also figure out how to tolerate, nay honor, each other’s religious beliefs without scorn (or fines).

Are you as terrified as I am that this story is so quiet? Are our media outlets (if not our government leaders) bullying nuns? Or am I a “pathetically ignorant” religious sap who doesn’t see this as an obvious, anti-Obamacare ruse? Is there no place in our society for people genuinely, religiously, and passionately protective of life after conception? Who are we when we say we are American? We should all take a beat to think about a decision that could result in penalizing our fellow citizens for their religious convictions, since this is exactly what we said we’d never, ever do.

I implored Steve, a longtime newsman, to explain why no one is talking about this– why on New Year’s Day, the only thing I could read about was Penny’s pink dress (even if she did look really, really pretty). His answer:

Sensible people have sensible conversations (I’m told) and the media thrives on controversy. So, CNN needs to have a “Pro-Nun” person on and a “Fuck The Nuns” person on. False equivalence rules the day.

I suppose neither makes for must see TV. And it is much more difficult to argue with a nun on national television about her Faith, than to tweet a snarky remark about how nuns (ironically) fill out all sorts of burdensome forms to be tax exempt. Meanwhile, the real issue–that these women cannot, ever, or in any manner, sanction the death of a child—is too unpopular a belief, and certainly too uncomfortable for cocktail conversation.

To be clear, this is neither an endorsement nor indictment of the ACA. This isn’t a thesis on when Life begins, and when we should begin protecting it. This isn’t meant to elicit comparisons with Jehovah’s witnesses who would refuse their shelf-stockers a blood transfusion, or Jews who wouldn’t want their secretaries to eat pork. Ugh, please do better than this, Internet. The nuns aren’t imposing their religious beliefs on anyone. They are only, quite bravely, standing up for Life as they define it. And Justice Sotomayor wants us to discuss that, and consider what precedent it might set to ignore them.

So let’s do that. 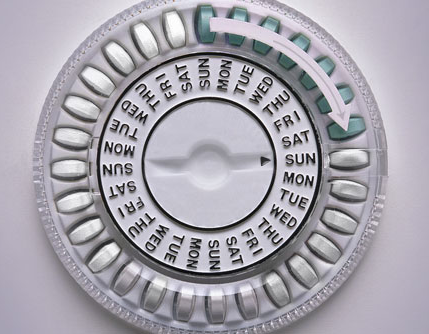 Women who take these are “pathetically ignorant” of the order of the days, I suppose.