My kid graduated from middle school. This is, like, a thing. I know I know I know, it’s not high school graduation or any sort of milestone that we ever celebrated with sheet cake aplomb way back when, but Brodie has been at the same school for a decade. It was his last day there. I guess I wanted to cry, because I dug up those first day pics when he was posing with a nervous bus stop smile in his little Velcro shoes. Oof. That boy is now almost 6 feet tall. I’ve been writing about being in the sweet spot of parenting for a number of years, and somehow, it keeps getting sweeter.

You know that scene in Lost in Translation? Bill Murray’s monologue about his kids? I’ve always loved it. These small people do get more interesting with every year and inch. They become the best people you know. Brodie crossed a stage and became an official high schooler. But the night before, he fell asleep next to me on the couch after poking fun of my inability to SnapChat. (I’ll never get it.) Teddy asked me if I was one of those moms in texting threads with tons of emojis. I lied. As I find them ever more fascinating, I become infinitely more embarrassing. This is, I’m told, the natural order.

I’m practically pickled in end-of-year nostalgia. I used to think I romanticized teenagers because I didn’t have them, myself. And now that I do, I love them even more. They seem so much more exciting than my own Laura Ashley, white pump memories of being on the cusp of… something. I guess I wanted to cry (again), so I watched the Parkland kids sing “Seasons of Love” that had been shared oodles of times by moms annotating with heart eye emojis. It has been The Year of the Teenager in my own house and in the world.

I am a volunteer teacher for a rather incredible immersive Biology course taught to high schoolers at Harvard Medical School. MedScience uses an interactive mannequin to simulate ER settings to teach basic systems in a clinical setting. Last week’s topic was addiction, and I summoned my most dramatic teen persona and gave them a coked up 17 year old having a heart attack. Behind a one way mirror, I voiced the dummy and answered their questions peppered with drug-addled songs, paranoia about the whereabouts of my boyfriend, and a bunch of 80s movie references for my own amusement. They didn’t giggle when I told them my name was Julia Gulia or when I busted out my best Claire when they asked me if I was sexually active with Johnny:

But they were super protective of me. Even after the diagnosis had been reached—that my tombstoning EKG was the result of a line-snorting afternoon– they were sure that my boyfriend was the peer-pressuring culprit. They held my hand and called my mom and told me they would take care of me. Medical schools and residency programs had just begun teaching empathy and sensitivity training when I was a fourth year. Are teenagers today tuned in a bit better? After the year they have had, perhaps.

Just as I’m feeling all mushy about teens in general, and mine in particular… they are gone. A week without children is how Bernie and I are beginning the summer, knowing Brodie is having fun with his cousins (and praying Teddy doesn’t tumble into the Grand Canyon). I’ve already purged their bedrooms of a semester of Latin tests and so many pants and shirts that didn’t keep up with their limbs. And then there it is. Brodie’s pre-K class picture. He dug it out to post on Instagram after Prize Day. Brodie never posts on Instagram. Do teenagers feel nostalgia, too? I guess so. 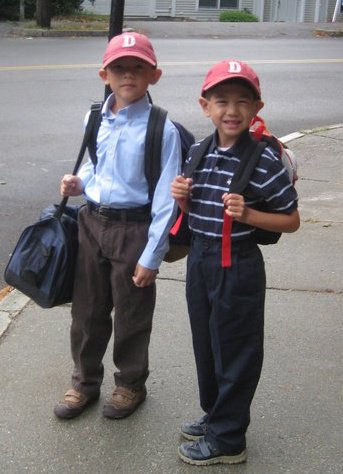 **For those who found us through Steve Safran’s wildly shared and well-received essay about suicidal ideation and a rather wonderful message of empathy… welcome to Blooms and Bubbles.

Kate Spade. Anthony Bourdain. Two gut-punching suicides that have people asking “Why them? They had it all!” Sure, Bourdain lived a hard life, but Kate Spade, the queen of whimsy? She was wealthy, adored and…

We need better words. One of the biggest disservices to the field of mental health is to call the diagnosis of “depression” by the name “depression.” Everyone “gets depressed.” It’s a commonplace word: “I’m so depressed the meeting I planned fell through.” “The ending of that show was too depressing.” “He’s too depressing to be around.”

None of these examples has anything to do with the psychological definition of Depression.

People who live with depression are wired differently. Our brains perceive life differently than those who do not have depression. Let me put it another way.

Suppose you were born left-handed in this predominantly right-handed world. Suppose that was considered OK from time to time, but generally not an excuse to use your dominant hand. Righties would say “Why are you using your left hand? Your right hand works perfectly well.” Or, “I had a cousin who was left handed, but with a lot of work, he forced himself to use his right hand.” Or, “Why not just use your right hand? You wouldn’t need the special scissors.”

But I’m still a lefty, you’d say. I’d like to be a righty, but everything comes out all wobbly and it’s so uncomfortable. Can’t you just understand I’m part of the 10 percent of the population that is left handed?

Depression is exhausting. And it’s cruel. It tells you terrible things about yourself. That’s why Ms. Spade and Mr. Bourdain died. I can’t speak for their experiences, but I can speak for my own and what I know to be true from many other patients with depression: our minds become ruthless bullies. They tell us the meanest things about ourselves. They stockpile ammunition and open fire. And we have to sit there and take it because, well, it’s coming from our own brains.

45,000 people committed suicide in 2016. Suicide rates are up 30 percent just since 1999, according to NBC news. Only about half of those victims were known to have a mental health diagnosis. We do not talk about this issue enough, and when we do, we don’t really know what we’re talking about, or when we do, Depression is conflated with “feeling depressed.”

News organizations have taken to posting suicide hotline numbers when they run stories about suicide. That’s a responsible act of journalism, but it’s like running the number for 911 in an article about a car accident. People with depression know there is help, but their brain is telling them it’s time to die. The evil mix of ill-behaving neurotransmitters and whatever they have been through in life lands on a singular message: You must kill yourself.

Even in that moment, they know they have friends they can call. They know there are hotlines. But they are not interested in anything other than stopping that message, stopping the pain.

I suggest much more empathy in this area. As someone who has lived with anxiety and depression since the days of mixtapes, I’ve heard lots of well-meaning (and sometimes not so well-meaning) people say it all: “You’ve got a great life. What do you have to be depressed about?” (I don’t know. What do you have to be left-handed about?) “There are lots of people who have it worse off than you.” (Yes. And I still have depression.) “Just smile. How hard is it just to be happy?” (As hard as it would be for you to become left-handed while people insisted you use the regular scissors.)

My personal experience with this rotten condition has been horrid. I am certain I would have been more successful in my career without depression. For years, especially when I was younger, I wasn’t treated properly. As I got older, I was blamed for the illness that gripped me, as though it was a choice I made. I was called “lazy,” and put on meds that had me gain a ton of weight. People I loved mocked my illness, likely out of discomfort they may have it themselves. (They’re not much in the picture anymore.) In any case, there was not a lot of empathy.

We can’t stop suicide and depression. But we can understand it a lot better. I raise money for Movember, which supports research for men’s cancer and also the depression that can accompany it. This is something tangible I feel I can do. But all of us can do this: we can stop telling people with depression to “cheer up.” We can be more sensitive to this very real, very misunderstood disease.

Those of us with depression do not want to be treated as a protected class. We don’t want special rights or to be treated gently. You can’t make me depressed any more than you can make me a lefty. Empathy and acceptance are an enormous gift to those struggling to ignore the mean messages from their own minds.

Think about Robin Williams. Think about Kate Spade. Think about Anthony Bourdain. Think about the joy they brought you in their unique ways. Think about what you would have said to them, knowing they were going to take their lives. “Don’t do that” would not have worked. Instead of shameful, head-shaking whispers, let’s acknowledge suicide as the growing epidemic it is, and insist health care do more to support mental health. 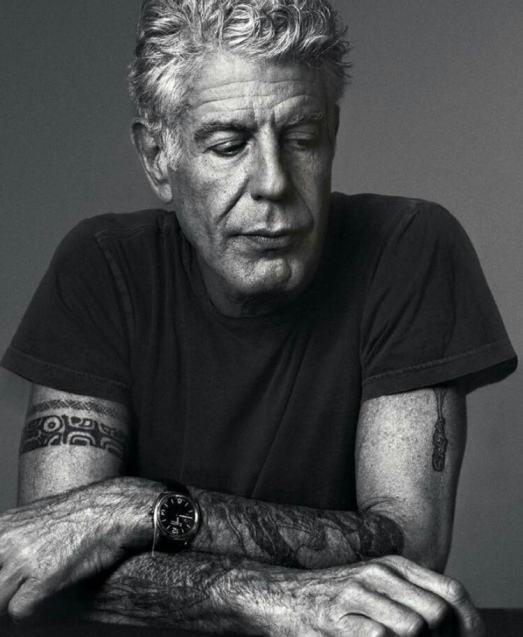