Maybe the other parents aren’t cheating. I suppose there is a possibility that a ten year old can score two birdies in nine holes. Maybe he had, like, a really good golf day. And maybe keeping score for your own three children who sweep the tournament isn’t at all suspicious or disheartening. Maybe your 8 to 12 year olds have been playing golf for an untold number of years, and a par three usually sinks in two shots. Maybe your kids are lithe, natural athlete types, innate competitors, and outstanding under pressure. (And maybe a bogey to these parents is like a report card “B” to a Taiwanese mom.) Maybe.

I was lucky to have Mr. Firefighter Dad walking the course with my boys and me.  Mr. Firefighter Dad wore the stereotypes as comfortably as his flip flops: manly, fit, strict but kind, competent, athletic, friendly. This is the Dad you want your kids to make eye contact with, shake hands, impress with the teeny man-in-training skills you hope they remember. Mr. Firefighter Dad and I watched our totally-not-sucking-at-golf boys hit a few over par but occasionally taking the maximum six swings as errant balls flew into gaping sand traps and ponds.

“Hey, that one went straight down the fairway!”

“If you putt that one well, you have a chance at par!”

And also… a number of times…

“I’d rather you finish dead last than cheat.”

Mr. Firefighter Dad reminded his tiny son that the rules of golf etiquette were just as important as the game itself. We strolled the course together in perfect breezy sunshine, discouraging these polo-shirted boys against frustration, applauding each attempt, reassuring them that this sport is ridiculously difficult. How grateful we were for the day, for the luxury of time to walk a golf course on an afternoon with healthy, tanned kids. After the scorecards were signed, these boys removed their caps and shook hands. And then… there it was: the scoreboard.

A twelve-year-old boy wearing royal blue braces and look of disappointment and restrained tears told us he didn’t play well.

“That sounds good to me!”

“But these are beginners. Half of the board will be 54s.”

Royal Blue Braces was right. Not a single 54. Teddy came in ahead only of the small girl I had observed chipping in ten foot increments, and even her scorecard read 53. I wanted to shout, “It’s not fair” for Royal Blue Braces, and assure him that 40 is freaking awesome… and so was he for being honest.

We left the golf course before gigantic, shiny trophies were awarded to dubious “winners,” the director of Cape Cod Junior Golf muttering none too happily about needing to “check some scorecards.” But the results were posted today, with the unbelievable, unchanged, Rory McIlroy-in-2011 numbers. On the drive home we talked about all of the reasons the scores appeared athletically and mathematically improbable, that maybe some parents would rather fudge the numbers than risk no-trophy disappointment for their children, that maybe some people cheat all of the time even though it’s wrong… and that shooting a 40 in nine holes is freaking awesome. 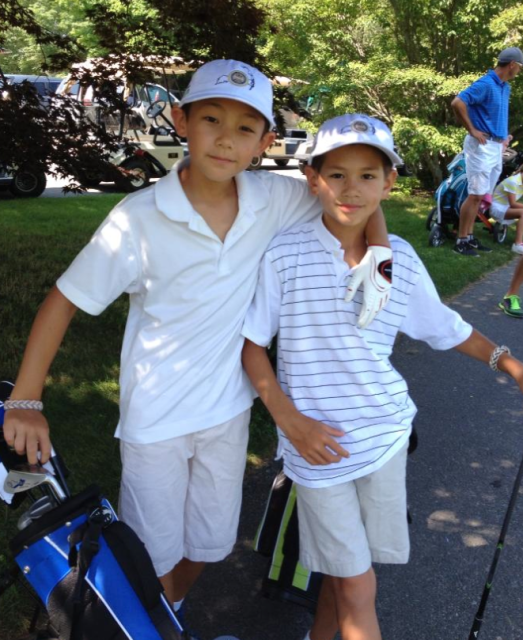 Doing Everything They Said I Couldn't