My boys listen to a variety of rap music, the breadth of which I am only recently learning. Last night, Brodie magically connected his phone to the car stereo and DJ’d the ride home. As he and Teddy giggled and guffawed over particularly embarrassing lyrics to endure in front of Mom, I started earnestly listening to them.

Ick. Now my children were literally SUV-trapped in a parenting moment that I couldn’t let go.

“You guys realize how BAD this is, right? You understand misogyny? These lyrics are dismissive and demeaning and maybe a little violent and otherwise terrible. YOU KNOW THIS, right? You cannot possibly SING ALONG to this… right???”

“Yeah yeah yeah… we know. We would never. We just like this beat. It’s sampled by everyone. And mom, the next song is seriously only about it being cold in Minnesota.”

And it was. But between the sophomorically raunchy lyrics (that they totally know), Aziz Ansari (who they love), and Tide pods (WTF), I feel like our kids are being bombarded with troubling examples of intimacy and flagrant stupidity. If teenagers are eating detergent, what other things must we remind them not to do? And though my boys aren’t dating yet, I kind of need them to know that what they’re reading isn’t the norm, except that it is, only it shouldn’t be, and then beleaguer them with definitions of consent and power differentials… ultimately encouraging them to lean on their faith, or at least rely on how they see Bernie treat me. The mortified eye rolling and protestations to please stop ensued.

But I won’t stop. I have no idea how the fuck-the-insecure-girl rap message is playing on their pliant brains. They are also reading an un-nuanced defense of a grown ass man who is so awful at sex, it seems like he’s using these very wretched lyrics as some sort of primer. And when my otherwise lovely, kind child actually uttered, “but she could have left any time,” well, I died a little. And then another trapped-in-the-SUV parenting moment began.

It’s frequently exhausting being the only girl in the house. I mean, even aside from the fact that I’m the only one who ever knows where anything is. Though it is up to both of us to make sure our boys know what it means to be a man, they spend most of their time with me. Dammit if they’re not going to learn what it means to be a feminist, an ally, a chivalrous friend, and whatever the opposite of Aziz Ansari is, dating-wise.

I explained how it happens, how a woman could feel so gross after a date, she’d publish a play-by-play, effectively shaming him and attempting, I guess, to exonerate her participation in it or even alleviate the ick feelings of being duped. Every woman I know has had an Ansari date—hopefully few of ours involved someone with that much fame, or with all of the fingers in mouths. What do you think we’re talking about when we drink Chardonnay and make horrible paintings together? Why don’t mommy book clubs ever read anything? Bad sex stories can be hilarious.

Except this one wasn’t because of the power, fame, and even age differential between a woman hardly sprung from girlhood and a man acting like a teenage boy with a porn problem. Though few 22 year olds on a date with an actual, award-winning person would be savvy enough to memory bank his fumbling, creepy advances to make fun of them later, I think all of us wish she had had the wherewithal to high tail it outta there. But I know why she didn’t, and every woman I know gets that. But how do I explain that to teenage boys?

Teddy and I were driving home from the orthodontist. The campy fabulous REO Speedwagon just couldn’t fight the feeling anymore. Immediately I was transported back to the roller rink at the mall, where this song was usually designated for the couples skate. Preteens with sweaty hands and back pocket combs would hold hands and make awkward circles and conversation. It was a sweet memory that my children will never know. Teddy is 13 and I’m trying to explain what constitutes sexual assault and why firm lines around consent get blurred when people drink wine and get naked. Apropos of this conversation:

“Did you know Wilt Chamberlain said he had sex with, like, twenty thousand women?”

“I remember that! That was a popular sound bite in the ‘80s. I remember boys trying to figure out if that was even mathematically possible.”

So, maybe kids really aren’t all that different.

I thought I had a few more years before I was teaching them that casual sex can be super lame, occasionally dangerous, and ironically requires an even higher level of communication than when you’re with someone you know well and love deeply. Thanks, Aziz. And just to be safe, I keep reminding them not to eat Tide pods. 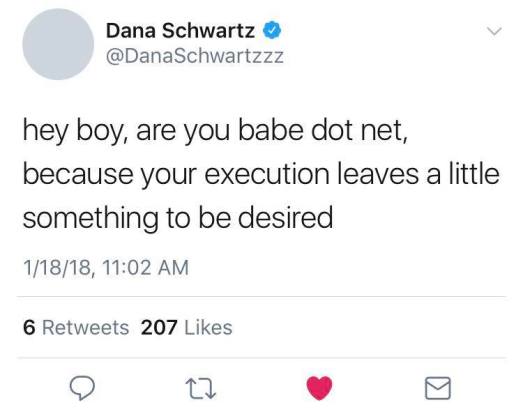